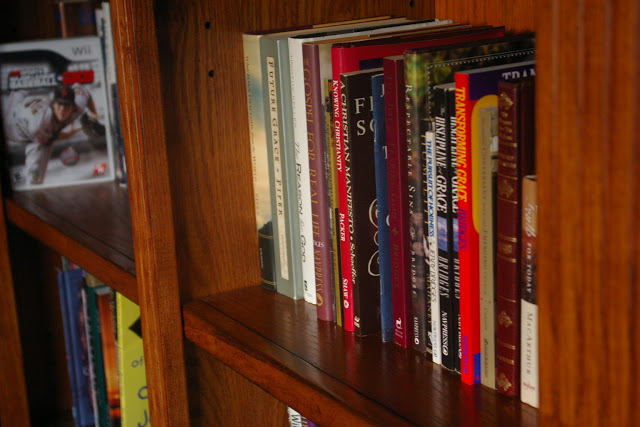 We’ve been doing quite a bit of rearranging here at our home over the last few months.  There was the reversal of the bedrooms — David and I are back in the master now, and the boys are split up two and two again — and then on New Year’s Eve day we switched the schoolroom with the den.  That means our schoolroom is a little bigger but the clutter is better disguised, and David now has a nice homey library with two armchairs to call his own. 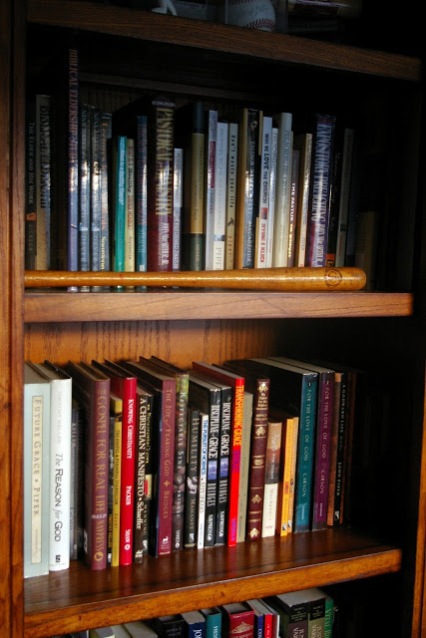 What is it about rearranging that is so energizing?  It forces us to take stock of what we have, whether we really need it, and take a fresh view on what we must keep.  Can the table sit in a different direction?  What if we had more lamps in this room?  Where can my planbook live so that I can reach it in a moment but it’s safely out of harm’s way?

Rearranging is also exhausting!  Just ask my husband who had to move our entire library with the help of one motivated boy — who earned a cool five dollars for his efforts.  Shelves didn’t fit the way we’d hoped, so down came the books one more time, and the shelf moved.  Now we rearrange the books to go back the order we had painstakingly established before the move. 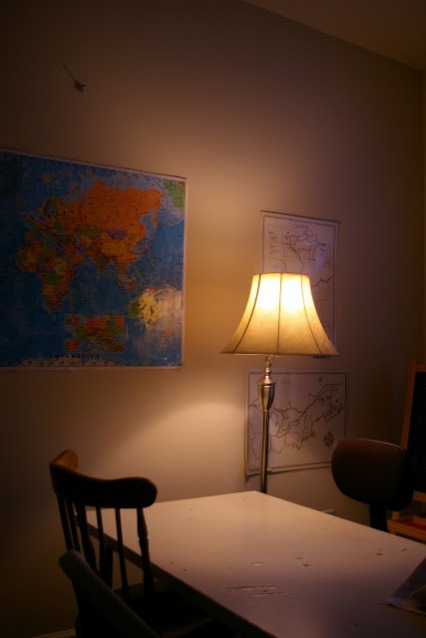 As we moved things around, I thought about all the rearranging the Lord has to do with us….how we get locked into bad habits.  We think always in the same way.  We don’t pray big enough.  We have huge blind spots of sinfulness.  We need to throw stuff out.

What rearranging does He have for me in 2011?

For those whom he foreknew he also predestined to be conformed to the image of his Son,
in order that he might be the firstborn among many brothers.
Romans 8:29

One Response to “Rearranging”