One of the nights that we were in Indiana, we took in an Evansville Otters game at Bosse Field.  Bosse is one of the oldest ballparks in America — only Fenway and Wrigley are older.  It’s also where the movie A League of Their Own was shot… 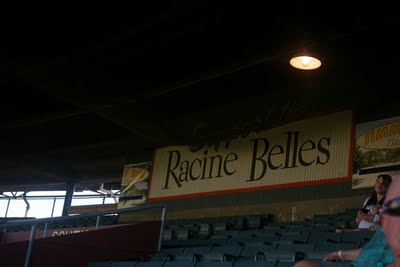 …which means that the girls who work at the park wear these old-timey women’s baseball uniforms.  Cute. 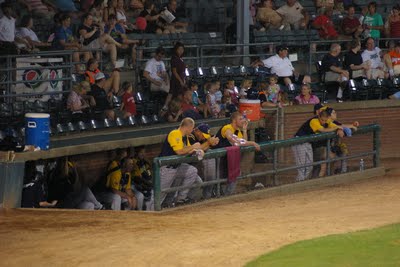 I think that also means that this is the dugout where Tom Hanks did his “there’s no crying in baseball” diatribe.  (PG-13 for language) 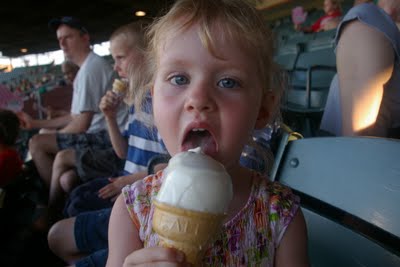 It was quite hot so ice cream was an absolute necessity. 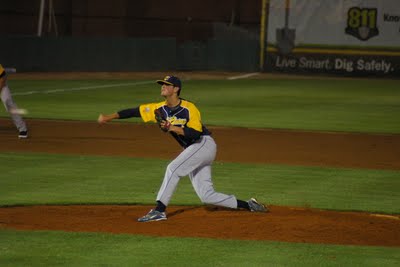 I played with my camera quite a bit. 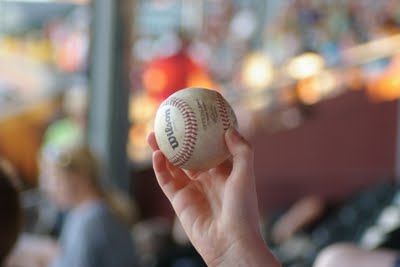 And we took in that favorite of minor league games, the in-between innings entertainment.  In this case, it was two kids sumo wrestling…

as well as one I hadn’t seen before, the “Prevent Colon Cancer — Pluck a Polyp” game.
I’m still having nightmares.
More info on Bosse Field is here.

3 Responses to “An Evening at the Ball Park”